The paper shows how economics became, in the context of the Italian “civil economy”, a discipline distinct from philosophy. In particular the paper focuses on the differences between a Latin tradition, the civil economy, and the anglo-saxon one, the political economy, showing the implications of such differences for the development of the modern economic science and its teaching. In the second part of the paper, the author shows a new interest in today’s academy for an inter-trans disciplinary dialogue, although this new season of dialogue has not reached yet the level of the teaching but only that of the research. In this context – the author claims – Sophia can represent a veritable innovation in the contemporary academic scenario. 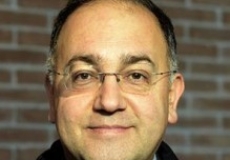 10 passi per negoziare in coppia